Posted by bestdays on April 5, 2016 in Gallery, Real weddings | 0 comments 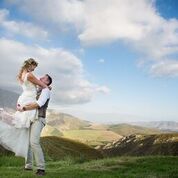 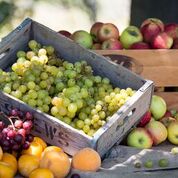 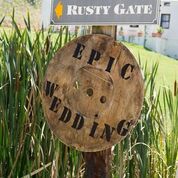 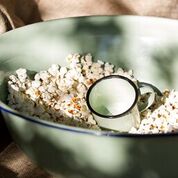 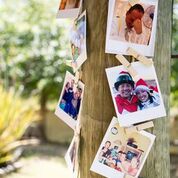 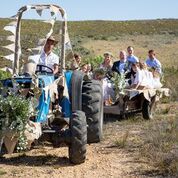 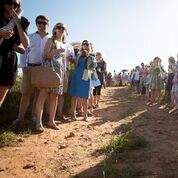 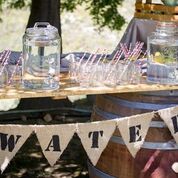 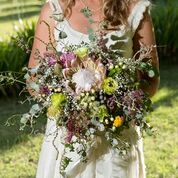 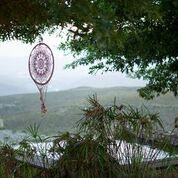 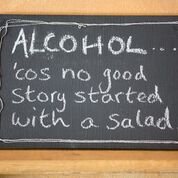 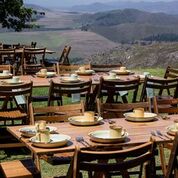 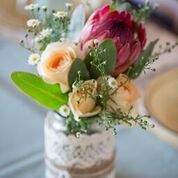 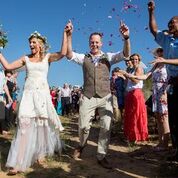 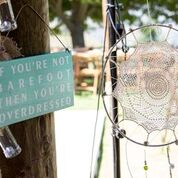 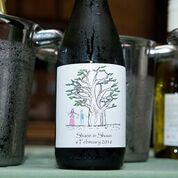 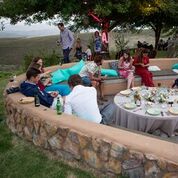 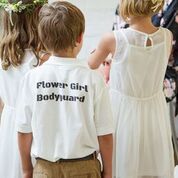 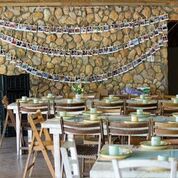 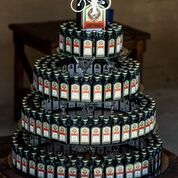 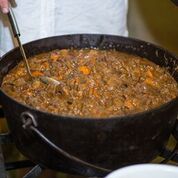 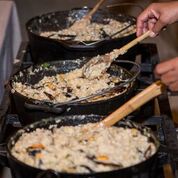 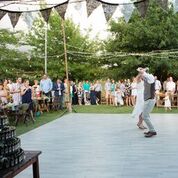 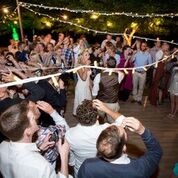 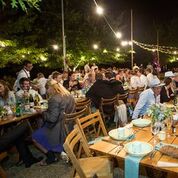 The beautiful Shane, and her dapper Shaun were wed on a plateau on top of the mountain, literally…on the Rusty Gate farm between Greyton and Villiersdorp.   The bride’s parents took the reigns on the inital planning as they are based in Cape Town and our newlyweds in Gauteng.   When we visited the venue a year ago, it was just a natural platform on the mountain, covered in stone and gravel.  The owners took a year to clear and level the area and plant grass which welcomed our 300 guests on this special day.  This was an Epic Adventure in it’s true sense as many of the guests were lodged in Greyton and had no idea where the wedding was, it was a surprise! Buses collected the guests in Greyton on Saturday afternoon after they enjoyed breakfast at the Greyton country market, then a few more were collected along the way at Elandskloof, and delivered to Rusty Gate in the ‘Heavens above’.  No cellphone reception, just the natural beauty of the surrounds. A truck had to be hired in with 1500kgs of ice so that we could keep drinks cold and sufficient for guests’ drinks too.  The road leading up to the venue was a challenge for those transporting their curious guests.

On arrival guests were welcomed at the Meet and Greet area with cold water, ice tea, fresh fruit in Wilde fruit boxes, and popcorn (Shane’s favourite).  They walked down to the ceremony area which was held on the grass plateau, covered by a bedouin tent to shield from the February heat. Their ceremony backdrop was an endless fold of valleys.  The bridal party arrived at the ceremony area on a trailer being pulled by the farm tractor. After the ceremony the guests formed a long (very long) path for the newlyweds to pass through whilst being thrown with dried bougainvillea petals carefully collected and dried by a family member.  and lead their family and friends to the pre-drinks area.  Here Jungle Juice (secret recipe of Shane’s father) was served in jars with lids and paper straws, canapes were float served, and various drinks were made available. An olive and bread station was available with an array of olives and oils for guests to savour.  Various stalls and seated areas were set up for guests to relax and enjoy whilst the couple had their photo’s taken on the farm.  The table seating plan were strings of photo’s of the guests with their table number on the top of the string. The wind took a few in flight, but we fortunately had a back up list.

The wind was incredibly strong. As we tried to set up the reception area with sage runners, small jars of flowers and candles, enamel plates, sideplates, sage napkins and enamel mugs , the wind took them in flight down the mountainside.  After retrieving them twice, we decided to give up.  The Fire pit which was to house 20 of their guests, had their cushions flying off faster than we could put them back.   Fortunately, just before guests were due to arrive at the reception area, the wind died down and we were able to set up with all the necessary decor, 300 settings, whew!!  The photographer was unfortunately there before we could do the final set-up, but you get the idea. This is always a risk factor with an outdoors wedding, but it made a breathtaking impression when the guests arrived at the area.

The reception was held up at Rusty Gate’s Cowshed…not really a cowshed!  Tapas platters were presented as the guests were seated.  These were so substantial guests thought it was their mains.  But alas, a choice or combination of Moroccan Lamb, Seafood Risotto and Cheese Ravioli was served for mains. The Wedding Cake was a tower of small Jagermeister bottles which was presented as the couple ‘cut the cake’ and waiters handed out the ‘slices’ for a mass cheers! A large dancefloor was set up on the outside lawn covered by strings of fairy lights.  Globe lights were strung between the trees and uplighters highlighted the large oak trees encompassing the area.  An indoors and satellite bar was set up with drinks and glasses.  Apparently many of the guests favoured brandy and coke, so we had two 10 litre self-help containers with taps that guests could help themselves to, the coke never had a chance to get flat. The MCC Bubbly was personalised with a graphic of the couple under a large baobab tree, where they were engaged.

Homemade ice cream, sugar cones and dips were offered as dessert, followed by variety cheeseboards, crackers and shards of homemade chocolate.    Bus drivers were on standby to take guests back as they filled up the buses, however, quite a few guests were not very keen on leaving. A sure sign of a wonderful wedding,  an aura of love and laughter.   After a bit of ‘gentle’ persuasion,  they convinced the  drivers to wait a bit, which turned out to be quite a wait finishing off just before Sunrise.  The rain held back for the evening, but the Heavens opened the following morning.