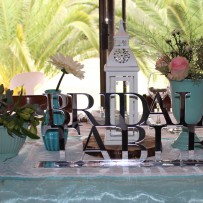 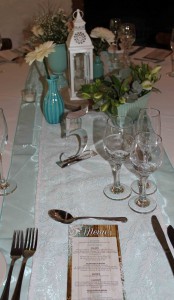 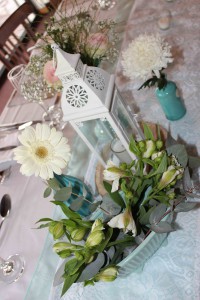 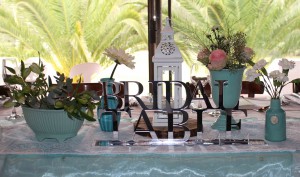 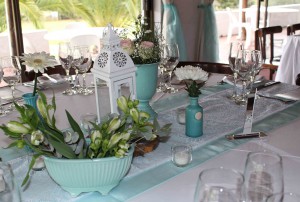 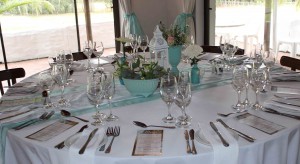 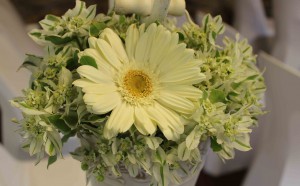 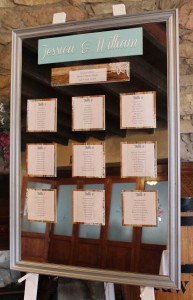 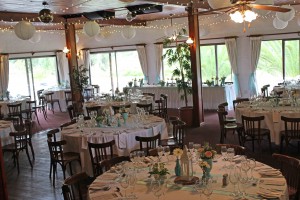 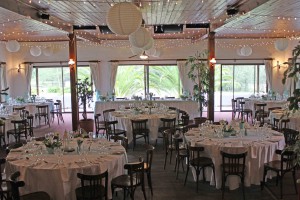 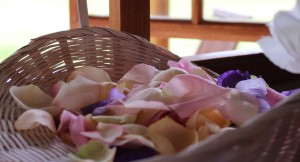 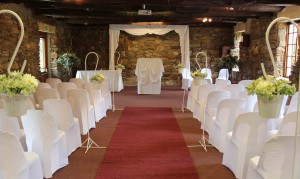 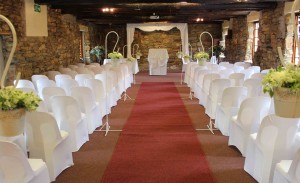 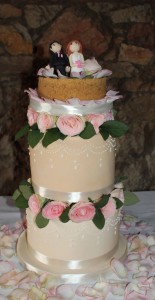 William and Jessica were married on Sunday, 20 March 2016 at the Houwhoek Inn just outside of Botriver.  The ceremony was supposed to take place on their rolling lawns overlooking the dam, but the weather didn’t allow us to set-up outdoors.  As Plan B we set up the ceremony in their ‘barn’ venue using draping over the projector drop screen to convert the conference room into a chapel.  The Shepherd’s hook had buckets filled with snow on the mountain and white gerbera’s.

The Reception was simply decorated, her colour scheme/theme being soft mint and white with a touch of gently pink.  The tables were dressed with a mint runner, lace over-runner, a white centre lantern and 4 small mint vases with simple flowers.  The gifts for the guests were Lindt balls in organza bags, we were lucky enough to source the factory shop that stock’s the mint coloured wrapper.  The venue itself is dark, so we lightened it with fairy lights, chinese lanters and reversed their dark green curtains so that the white reverse became the curtains with a mint tieback.

The Menu was buffet style with an array of seafood, meats, and vegetarian dishes. Dessert was their Wedding cake of Red Velvet, Rich Chocolate and topped with an un-iced cheesecake.  All served with Ice cream and berry coulis.