Home » Gallery » On the Rocks

Posted by bestdays on January 12, 2014 in Gallery, Real weddings | 0 comments 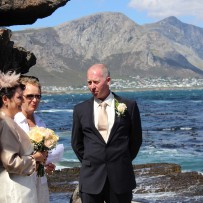 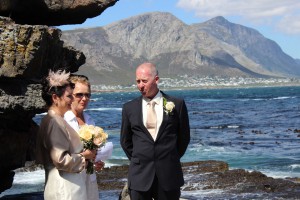 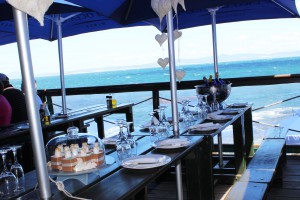 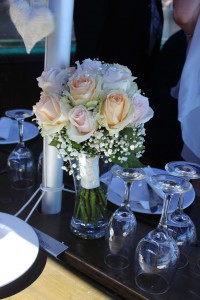 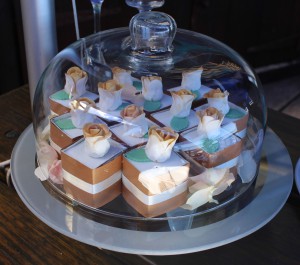 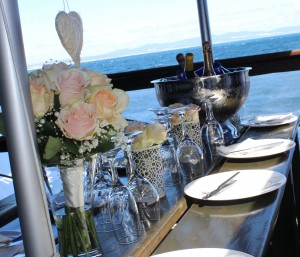 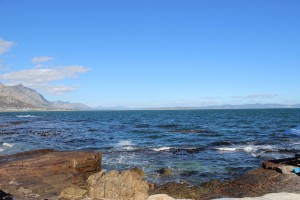 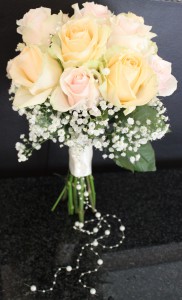 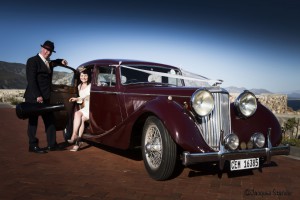 This couple had a very intimate wedding ‘On The Rocks’ at Bientangs Cave in Hermanus.  The are both from the UK and left everything for us to arrange as they arrived only a few days before ‘tying the knot’.    The wind was howling, but the sun was shining and the sheer romance of the setting was enough to set the scene for a Perfect Wedding Day.  The small group feasted on Seafood Platters and Champagne on the veranda ending with specially ‘made to order’ fruit cakes which the bride requested from the UK after which they were whisked away in a Vintage Jaguar.   It looks like we are going to have another two residents in Hermanus soon!