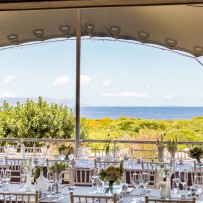 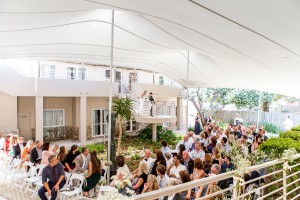 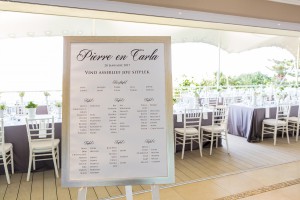 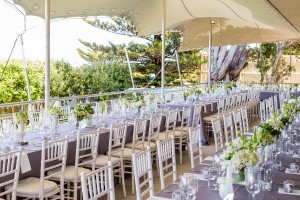 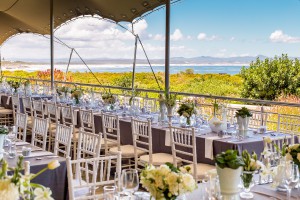 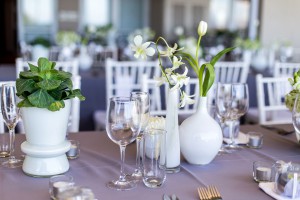 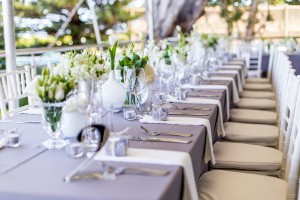 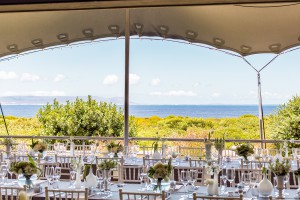 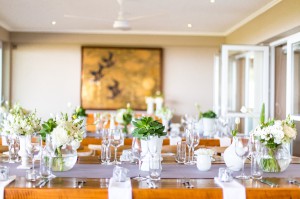 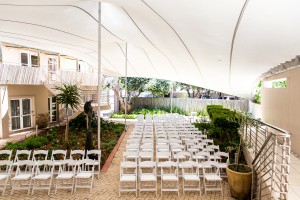 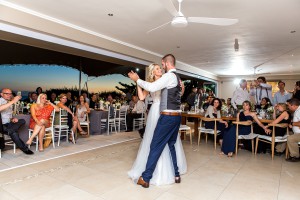 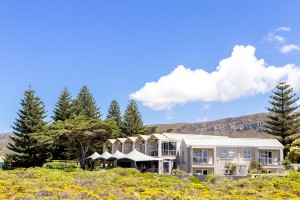 Carla and Pierre were married in the Courtyard of the Abalone Guest House on an Idyllic Summer’s Day.  The entire courtyard was covered by bedouin tent and the 110 guests were all comfortably seated out of the harsh African sun.  After the ceremony floating canapes and champagne were served on the pool deck while the couple went off for photo’s. With so much beauty around, they did not have to travel far.  The Reception was held on the front deck of the Guest House, also covered by a bedouin tent but still allowing for breathtaking views of the bay.  The menu was vast with a choice of three starters, three mains (each which were a trio platter) and the wedding cake was served as dessert with Creme Anglaise and berries.  The Decor was Simple and Stylish.  The pool was surrounded by white lanterns and fairy lights for later the evening. The reception tables had plain grey tablecloths, crisp white linen napkins and an array of white and clear vases with mostly white flower buds.  The guests were presented with a clear box containing silver macaroons which also doubled up as the place setting.