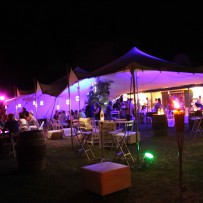 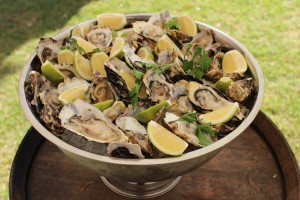 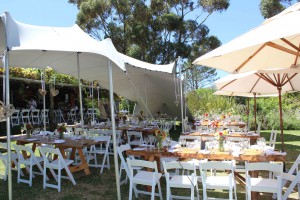 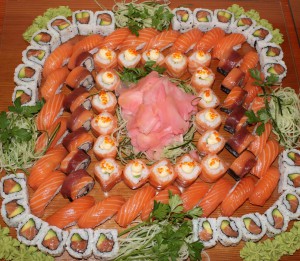 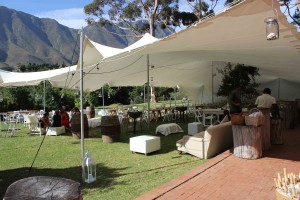 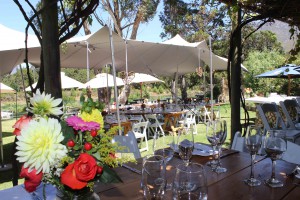 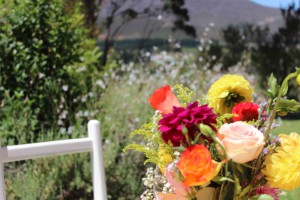 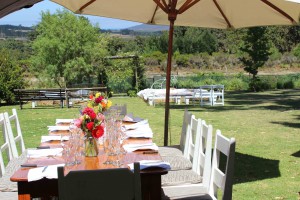 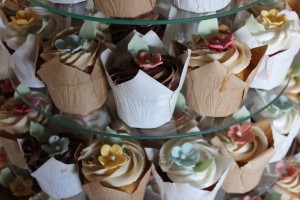 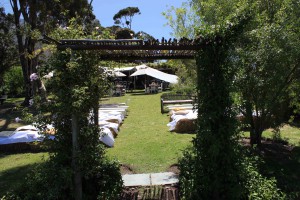 Vicky and Calvin pre-celebrated their Hermanus Wedding over four functions.   The first was on Friday night at ELL on Spookfontein where they had a casual evening of pizza’s and good wine.  On Saturday night, we arranged a bedouin tent adjoining their holiday home at De Werf, filled with an eclectic mix of furnture from hay bales to cocktail tables. Entertainment was provided by Manouche, a gypsy style band from Cape Town.  Sushi, provided by the Harbour Rock, was served with fresh oysters as guests arrived.  This was later followed by mini kebabs and bacon oepsies. For mains, a Spit Braai of Roast Lamb, Short Rib and chicken was served with sides.   Dessert of chocolate brownies and profiteroles ended off the evening as a long Sunday lay ahead.  On Sunday morning, they had a traditional Chinese Tea ceremony with eats and teas brought from China by Vicky’s parents.  Vicky wore a beautiful red lace dress with mandarin collar.  She then changed into a traditional white wedding dress for the following ceremony.    All the guests then moved over to Moggs Country Cookhouse where they were married according to our custom on the plush lawns followed by a delicious choice meal.  Vicky wanted a cupcake tower of various cupcakes which were made by Leigh’s Cakes.  Guests were treated to  Magnum bottles of imported champagne,  served on both the Saturday evening and at the luncheon wedding on Sunday.